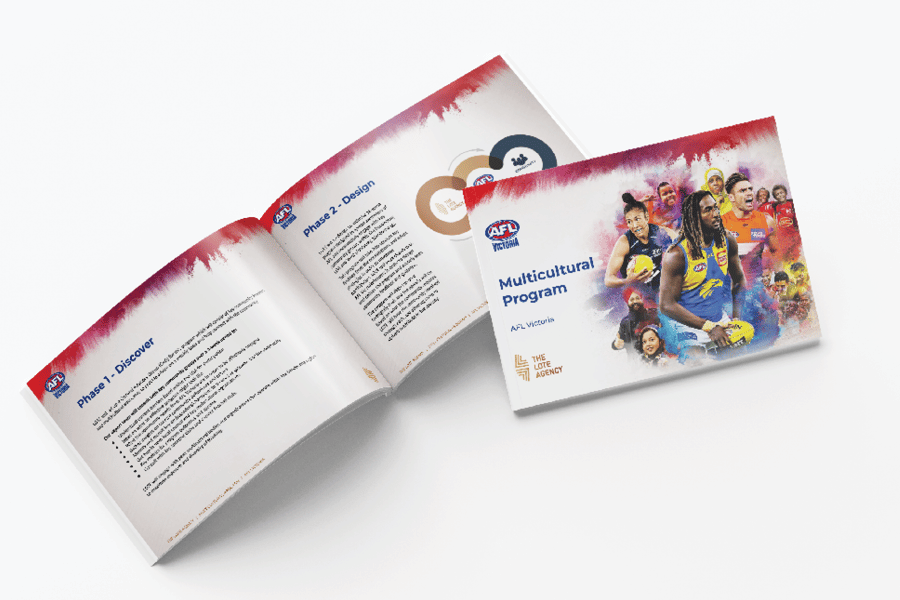 LOTE carried out desktop research into several language groups and developed digital surveys that uncovered significant barriers, opinions and areas of focus around attending Auskick and AFL matches. This information was used to develop the AFL’s multicultural round strategy that was to be implemented by all the clubs, including at the grassroots level. LOTE also developed marketing collateral for the AFL, ensuring culturally appropriateness and relevancy.