How your language manipulates your eyes.

In last week’s article, we discussed different symbolic meanings that people attach to colours around the world. But the topic of colour goes beyond that.

Did you know that there are colours taken for granted within one culture that may simply not exist in another, or are expressed in a very different way.

“Green with envy”, “feeling blue” – as an English speaker you don’t need an explanation for these well-known sayings. Yet, it’s nearly impossible to translate them into a number of other languages.

Since we started with green and blue, let’s try to understand how different cultures see these colours (and whether they see them at all).

The Case of Green and Blue.

In the Vietnamese language, there aren’t separate words for green and blue. Instead, there is a single word, “xanh”, for both. Speakers describe the colours by adding either of the reference words – the sky, the ocean or the leaves:

This also shows that Vietnamese speakers distinguish between “dark blue” and “light blue” – seeing them as two individual colours, rather than shades of one. 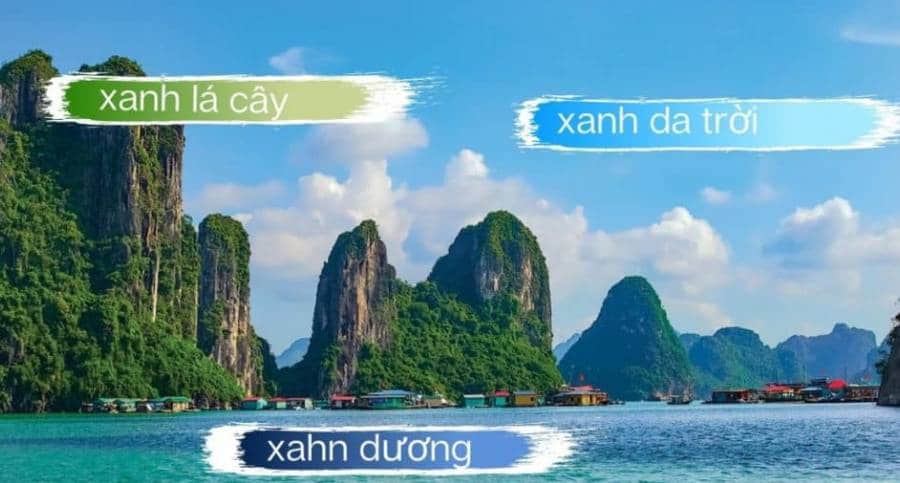 This is just one example.

Colour seems to be something that looks the same for all humans, no matter where they live. However, colour vocabulary is not identical among cultures. For a long time, scholars have been trying to investigate this phenomenon.

A fascinating research was published by Roberson, Davidoff, Davies & Shapiro. The academics compared the colour terminology and vision between English speakers and the Himba tribe in Northern Namibia.The results confirmed the direct correlation between the language and the colour vision.

In most regions of the world, people are used to recognising colours as they are allocated on the spectrum.

This is not the case for Himba, where there are 5 groups of colours: 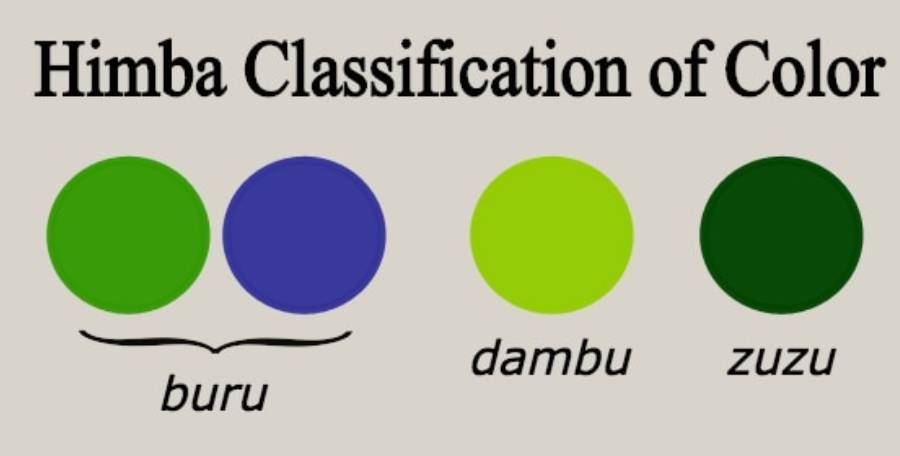 The experiment consisted of two parts.

First, the participants were given an image with 12 green tiles, one of which was of a slightly lighter or darker shade. A westerner’s eye could barely spot the difference in shades, whereas the Himba quickly identified the outlier.

In the second part, one of the tiles was distinctly blue. The results were surprising. It took the participants much longer time to tell which tile stood out, and they made more mistakes.

This is explained by the fact that the Himba language uses a variety of terms for shades of green, whereas blue is grouped together under the same name with the greens. The scientists suggest that without a specific word for a colour, people find it much harder to identify the difference visually. The experiment confirmed the hypothesis that language has a direct effect on one’s visual perception. 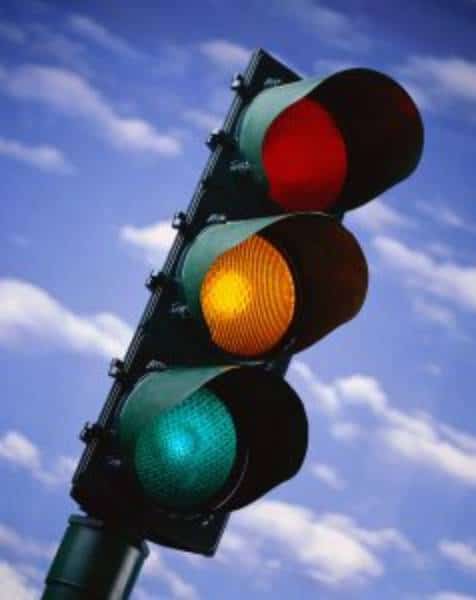 Anyone who’s ever been to Japan, noticed that the traffic lights there don’t look exactly like those in the rest of the world.

Historically, the old Japanese language had only four colour terms – red, white, black and blue. These didn’t denote particular colours like they do today, but rather referred to various hues and shades. ‘Red’ stood for warm hues, ‘black’ was used for dark shades and ‘white’ for bright. The ‘blue’ (ao), included a broad range of cold hues, among which was also green.

A few centuries ago, the modern word for ‘green’ (midori) appeared. But even after that, green was related to “ao”. Overlaps were inevitable.

Initially, the “go” signal of the Japanese traffic lights was regular green. However, the official documents defined the color as “ao”. At the time, linguists interfered and insisted on amendments: since the international traffic law requires “go” signals to be green, then they should be ‘midori’ on the paper.

In 1973, the government and the linguists came to a compromise. The basic green lights were replaced with the bluest tone of green. Green enough to be considered internationally acceptable “midori”, and blue enough to remain “ao” in the documents.

How do people give names to colours?

Linguistic research not only explores the speech and vocabulary of people in different cultures. It also unravels their worldviews, how they make sense of the world around.

In the Yele language in Papua New Guinea, there are basic terms only for red, white and black. But the colour vocabulary isn’t limited to those.

For the large variety of colours and shades, they use colour comparisons with daily objects – banana, tree, ashes, and so on. These correspond to almost all colour words in English (Levinson, 2000).

The language Hanuno’o in the Philippines has a unique and elaborate way of describing colours. The multi-level system is based on contrasts and most interestingly, physical sensations. To put it simply, the four basic words of the Hanuno’o create the spectrum of ‘light’ vs ‘dark’ and ‘wet’ (fresh) vs ‘dry’. The shades are further distinguished by their ‘strength’ and ‘weakness’ (Conklin, 1955).

Why such a difference?

The development of colour vocabulary in a language depends on numerous factors, such as:

Salience and abundance of colours in the natural environment. This is why people living in territories with rich vegetation will have many different ways to express the colour green, while those who live surrounded by snow are more sensitive to subtle shades of white.

Saturation and omnipresence of the colour. Various kinds of red exist in almost every language, because this pigment is the most intense and distinct. Besides that, it can be found all around, in blood, flowers, fruit, soil, etc.

Why is this important to understand?

In this article, you’ve learnt how significantly culture and language may influence people’s colour perception. This will help you create the desired effect, prevent misunderstanding, and establish deeper connections. Whether you’re a designer, marketing professional, business owner or you’re involved in any other sort of cross-cultural interactions, you can make better colour choices and improve your branding and marketing messages when communicating with multicultural audiences.

Besides that, as you’ve seen in the examples, the colour spectrum is not universal across cultures. If you happen to communicate through translation with people whose language is significantly different to yours, give careful consideration to your choice of words and avoid idiomatic expressions.