The Top 10 Chinese Inventions and Discoveries

The Top 10 Chinese Inventions and Discoveries

Ancient China is known for being an innovative civilisation that has given us some of the most valuable and long-lasting inventions in history.

The oldest items found in the territory of the present-day China date back to the Paleolithic period, which is roughly from 2.5 million years ago to 10,000 B.C.! The ancient Chinese were always ahead of their time, and it’s no exaggeration to say that many of their inventions have literally changed the world. Many of us will be able to name the most famous ones: the compass, gunpowder, paper and printing. To this day, the Four Great Inventions (simplified Chinese: 四大发明; traditional Chinese: 四大發明) are celebrated in the Chinese culture as symbols of the ancient China’s technological development. However, this is just a tiny fraction of what this great civilisation has created.

To follow up on our recently published Cultural Insights Series on China – a fascinating project given the incredible influence Chinese culture has had on Australia over the years – we compiled a list of the 10 most interesting and impactful Chinese inventions.

Back in 400 BC Chinese children played with flying toys made of bamboo, who could imagine that?

Long before American inventors the Wright brothers pursued the dream of flight and designed an airplane, and even before Leonardo da Vinci drafted one of the first flying machines with his “aerial screw”, Chinese children of 400 BC were already playing with a bamboo toy that would fly up vertically to the sky. The children would spin the bamboo-copter by rolling a stick attached to a rotor. The spinning creates lift that makes the toy fly. Who could only imagine back then, that a simple toy would become a prototype of the modern helicopter, a huge metal machine transporting people across hundreds of miles! 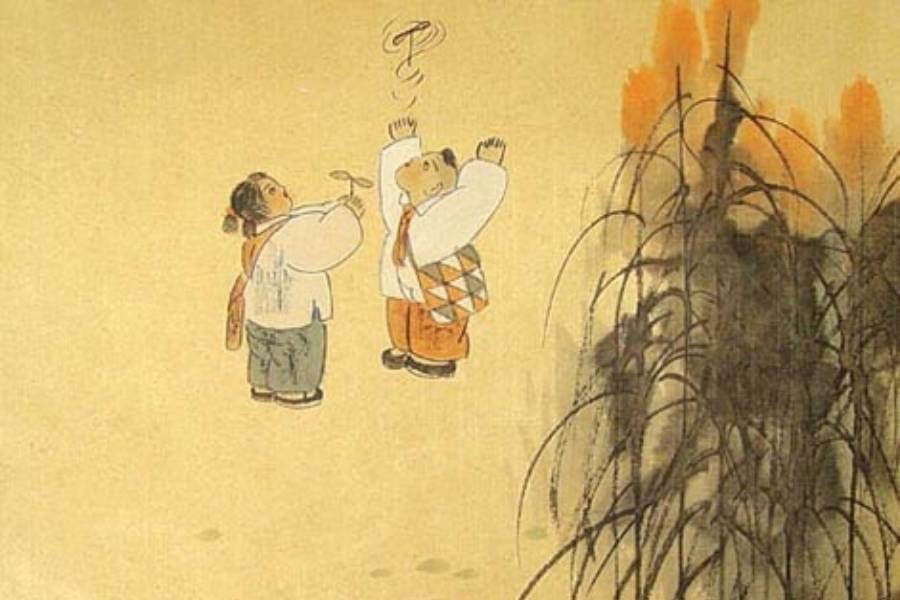 Since the introduction of paper-making in the 2nd century BC, this convenient material has found many different applications. During the Tang Dynasty (7-10 century), merchants and wholesalers started using paper receipts in large transactions to avoid heavy loads of copper coins. Later on, the governments and various industries adopted the system for internal use. In the 11th century, the first private banks were authorised to issue banknotes. The use was still limited to certain regions, until the 13th century, when the Song Dynasty government initiated a nationwide paper currency. 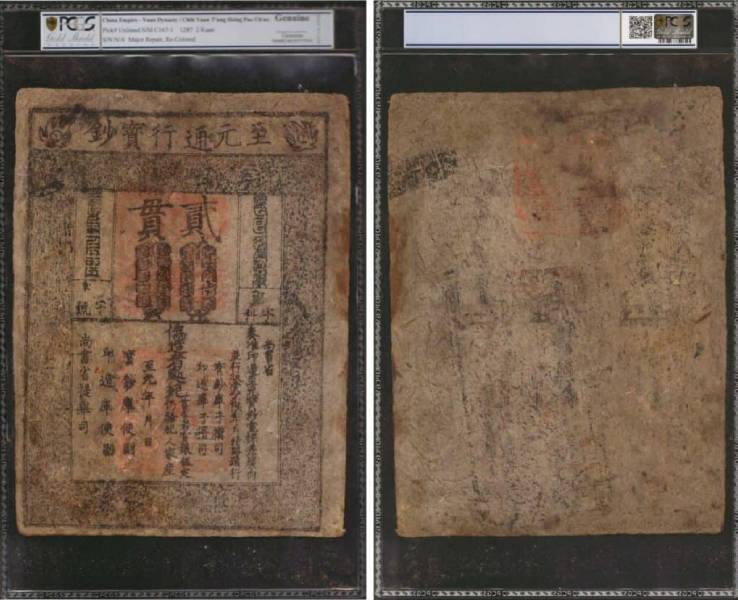 One of the long-standing ancient Chinese creations that dates back to the Neolithic era. The red clay bricks, burned on the sides, were found in Chengtoushan. Around 4400-3300 BC, this strong and durable building material was used as flooring in houses and for road paving. 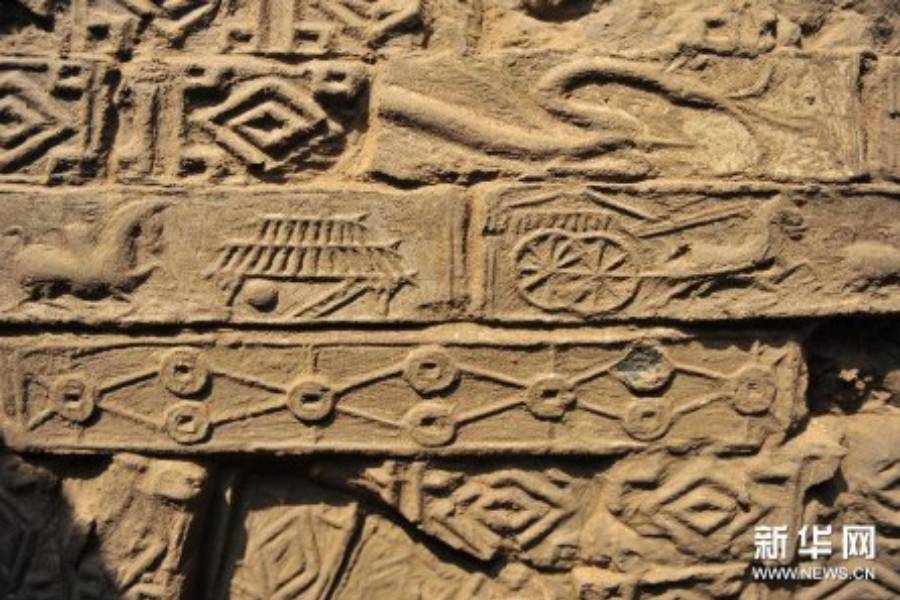 Rice is a staple ingredient in many cuisines around the world, and it might have been a tricky task for historians to identify which country started cultivating rice first. Archaeological and linguistic clues, however, led scientists to a common consensus: that China pioneered again. Specifically, the first domestication from 13,500 to 8,200 years ago was traced to the Yangtze River basin region. Thousands of years after, the crop spread throughout Asia, reaching India by around 4500 years ago. 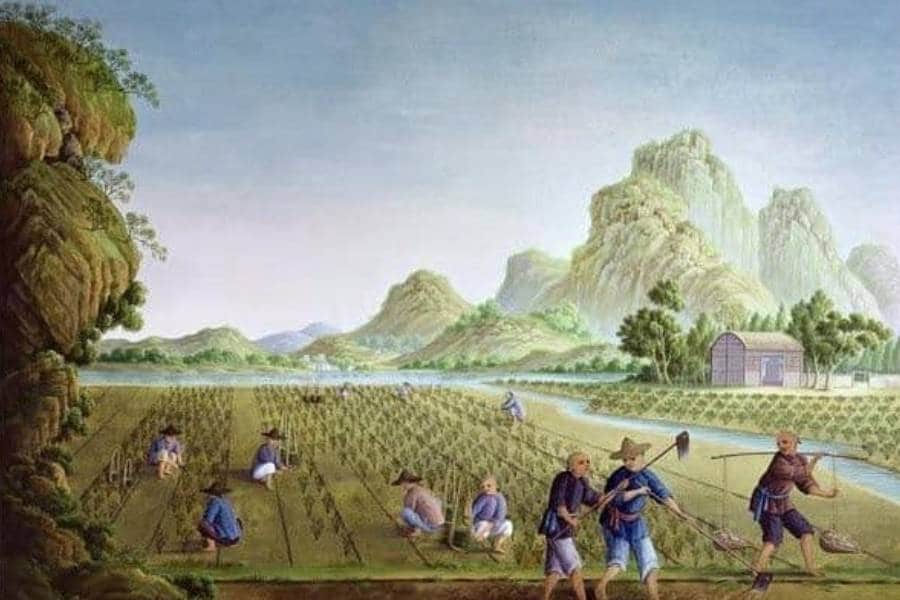 The production of fine white porcelain as we know it today has a long history, dating back 20,000 years. That’s the estimated age of the pottery excavated at the Xianrendong Cave site in Jiangxi province which, by the way, is among the earliest pottery yet found. Long after, during the Tang dynasty (581–907 AD), the craft was perfected. Later on, the manufacture of translucent ceramics became organised and set for export to Europe, Africa, and Asia via the Silk Road. 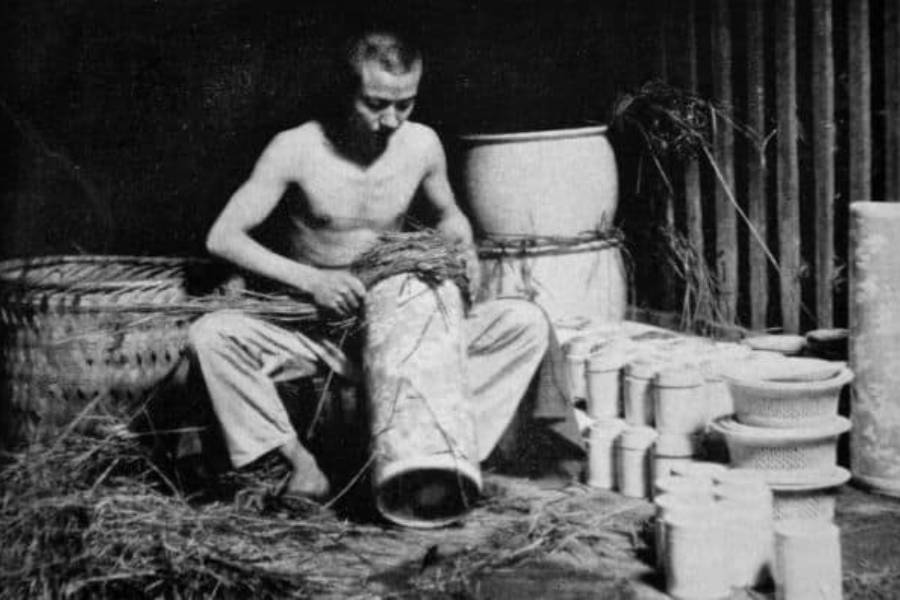 Some historians claim that the earliest form of a “toothbrush” belongs to ancient Egypt, which was a twig frayed at the end. However, the Chinese “design” was more sophisticated. In the 15th century, the Chinese began attaching coarse boar hairs to bamboo or ivory handles, creating the prototype of a modern toothbrush. 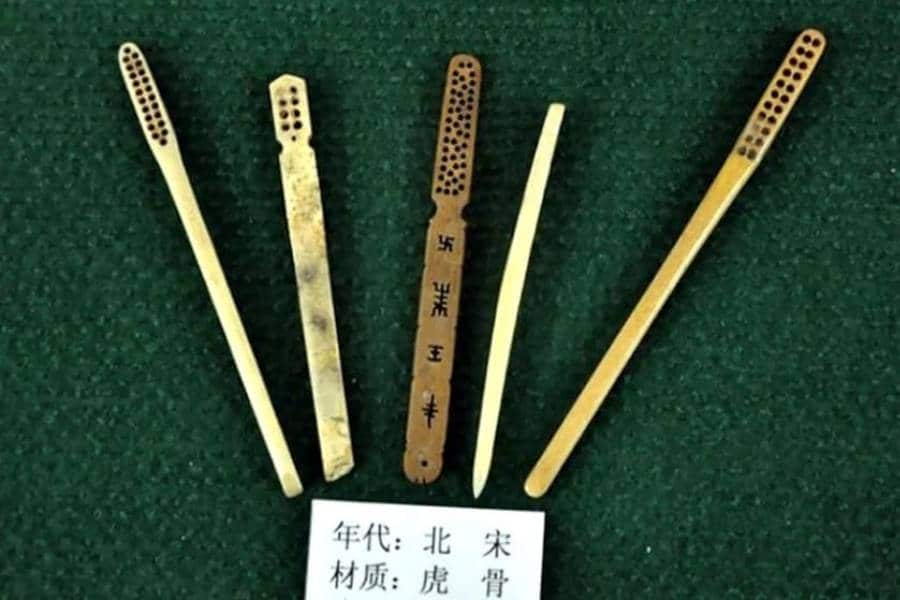 Asian carps had been domesticated and farmed for food in ancient China for thousands of years. But where did the decorative goldfish come from? The first records date back to the Jin Dynasty (265–420). Due to a genetic mutation, some carps received red, orange or yellow colouration. As the golden colour has been traditionally associated with luck, wealth and prosperity, people began to breed the gold species instead of the silver ones. During the Tang Dynasty (618–907), it became popular to raise golden carp in ornamental ponds and water gardens. For special occasions, such as receiving special visitors or during celebrations, some fish were transferred to smaller containers for display. 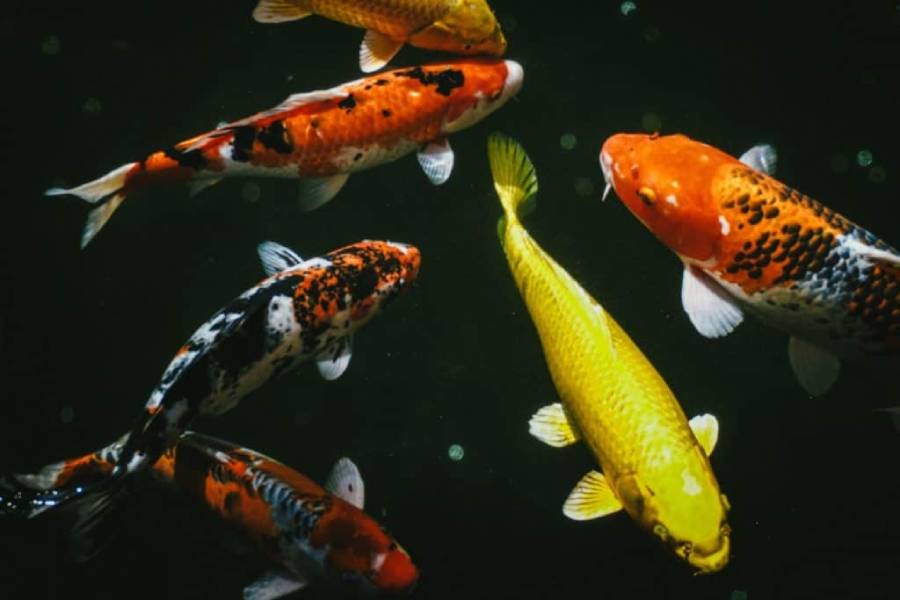 In 132 AD, the polymathic scientist Zhang Heng (78–139 AD) invented the instrument that measured the movements of the earth and winds. The first seismometer was called “Houfeng Didong”. It was made of copper in the shape of an urn with a central pendulum. On the sides it had eight dragons and eight frogs, each pointing to different directions: east, south, west, north, southeast, northeast, southwest, and northwest. Each dragon was holding a copper ball in its mouth. When there was an earthquake, the dragon’s mouth that was closest to the source opened and the ball dropped into the open mouth of the frog, producing a sound, indicating the direction of the earthquake.

This traditional Chinese remedy was first mentioned in the 3rd to 2nd centuries BC in Huangdi Neiijing (The Esoteric Scripture of the Yellow Emperor). The ancient medical scripture described the practice of inserting thin needles into specified points on the skin for therapeutic purposes. The needles were then made of gold, as was found in the tomb of Liu Sheng, the king of the Western Han Empire (203 BC – 9 AD). 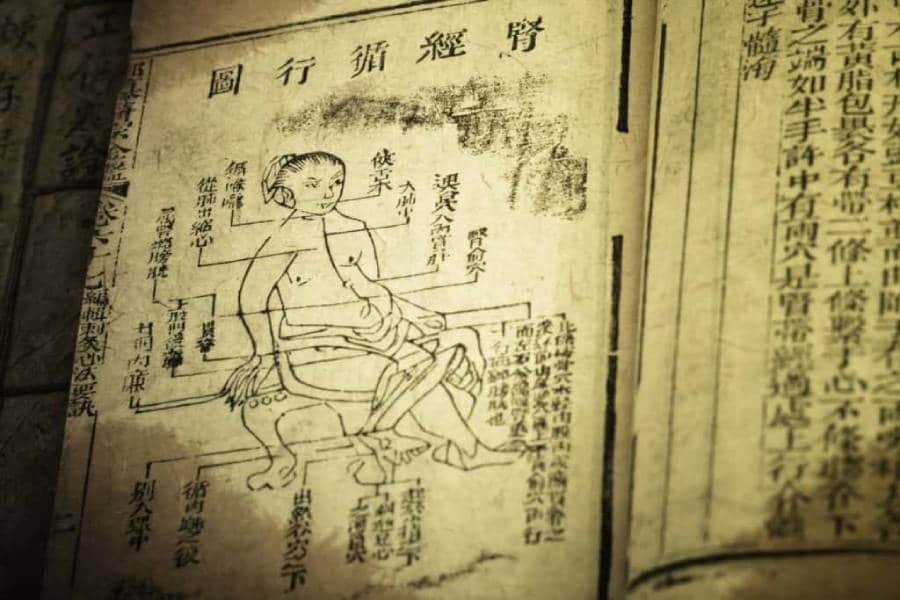 A Kǒngmíng lantern is a small hot air balloon made of paper, with an opening at the bottom where a candle is attached. These sky lanterns have been used in China since the 3rd century BC. Today, they are known as a traditional element of the celebrations like the Chinese Mid-Autumn and Lantern Festivals. But originally, they had a much more serious purpose of military communication. What is now a toy was used, back in those days, to transmit secret messages during warfare. 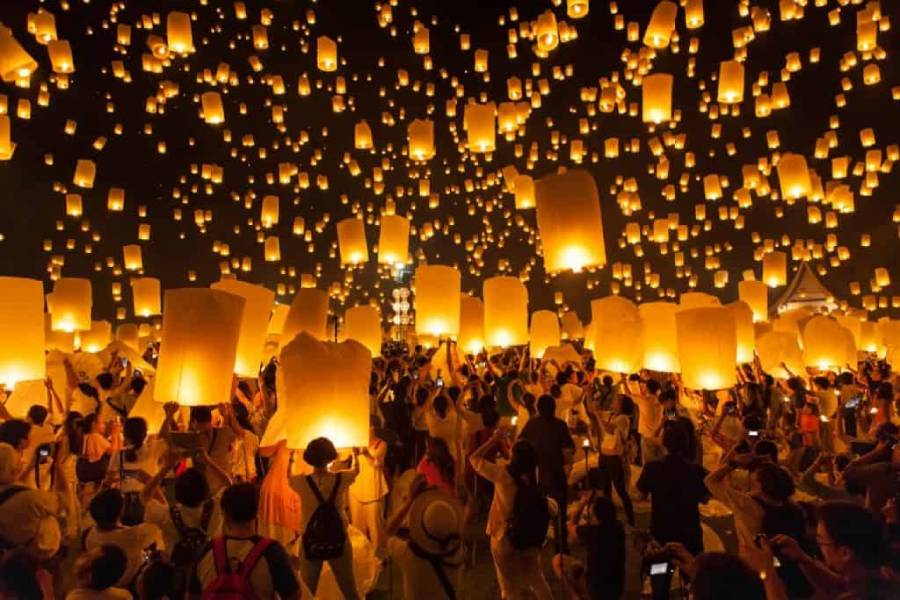 At The LOTE Agency we have a passion for learning about the many different cultures that make up Australian society. We strive to understand cultures and how to effectively communicate, cross-culturally, so that our clients can reach all communities in Australia. In this way we are working towards an Australia free from communication and cultural barriers to enhance social cohesion and inclusiveness.