The 10 Must-Visit Places in Afghanistan

The 10 Must-Visit Places in Afghanistan

In recent weeks, we’ve been publishing videos about Afghanistan in our Cultural Insights Series. In these Zoom videos we speak to a friend of LOTE, Shamsiya Hussainpoor, about the Afghan culture and discuss the differences that she has noticed between Australia and her birth country.

Regrettably, due to its painful history that’s lasted for decades, Afghanistan has long been overlooked by tourists. That’s why, in this blog, we’d like to take a virtual trip and share our top 10 places to visit in Afghanistan!

1. Mazar-i-Sharif and the Blue Mosque.

Mazar-i-Sharif, is the capital of the Balkh province and the fourth largest city of Afghanistan.

The name Mazar-i-Sharif can be translated as “Noble Shrine” or “Tomb of the Exalted”, which refers to the magnificent Shrine of Hazrat Ali, commonly known as “the Blue Mosque”, located in the centre of the city.

The complex is a sacred site for pilgrims who come from all over Afghanistan and beyond because the shrine houses the tomb of Ali, the cousin and son-in-law of the Prophet Muhammad. The faithful believe that his body was transferred to Afghanistan from Al-Najaf, Iraq, where he was initially buried.

It’s probably the most iconic site of Afghanistan. The mosque features stunning Persian architecture and is famous for its mosaic tiles that cover the entire building outside as well as inside. 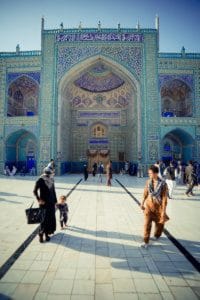 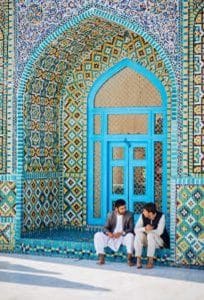 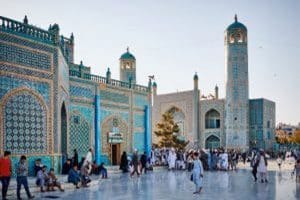 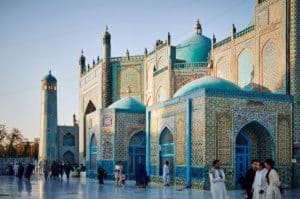 Before the blatant destruction by the Taliban in 2001, the cliff face of a mountain near Bamiyan housed two of the largest statues of Buddha in the world. The ancient monuments dated back to the 6th century and portrayed a Vairocana Buddha (53 metres high) and a Shakyamuni Buddha (35m).

The main bodies were hewn directly from the sandstone cliffs, but details were modelled on top, using clay and straw.

In 2001 the Taliban decided to destroy the Buddhas, for the reason that the “Buddhist idols” impinge on Islam, even though they were untouched for centuries. A number of countries tried to save the historic heritage and offered to buy the statues or move them to other countries. But the Taliban was relentless and the ancient monuments were lost forever.

Now, the empty cavities in the cliff serve as a reminder of the effects of intolerance toward other cultures and the loss of a whole chapter of pre-Islamic history of Afghanistan. 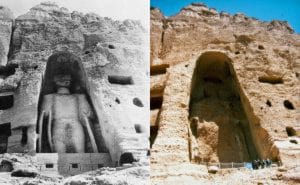 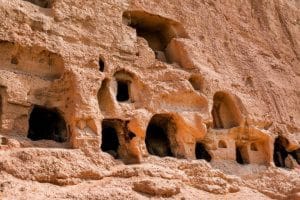 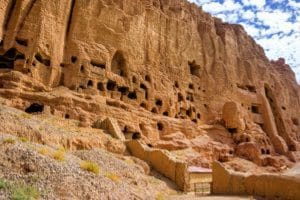 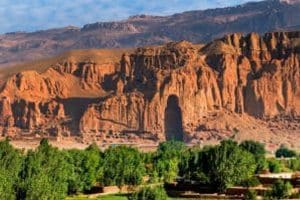 Chil Zena, also known as Chilzina or Chehel Zina, translates as “fourty steps”. It is a mountainous outcrop in the West of Kandahar city with fourty stone steps leading to the top, where a chamber is cut out of the rock. The top of the rock opens to a spectacular view on the city.

Formerly, the site was a part of the old citadel of Old Kandahar, which was destroyed in 1738. 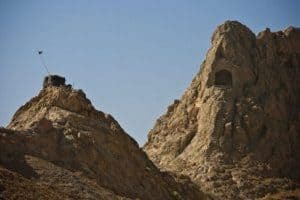 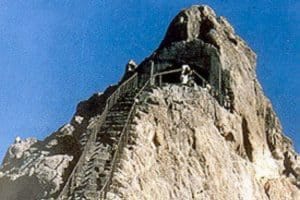 This incredible site in the middle of Afghanistan is famous for its six deep blue lakes, which appear out of nowhere from the grey lunar landscape. Travertine walls have been building up for centuries and formed natural reservoirs for the rainwater. The water has high mineral content, hence the deep blue colour that creates the “infinity pool” effect.

The name Band-e Amir means “Commander’s Dam”, referring to Ali, the son-in-law of the Prophet Mohammed. According to the legend, Ali performed a series of miracles and, as the result, the lakes appeared on the otherwise plain rocky land. 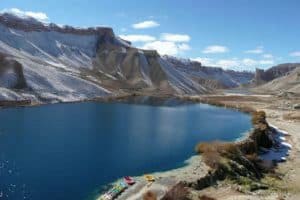 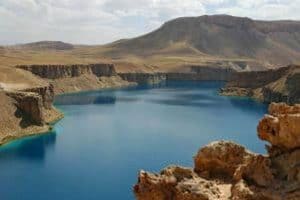 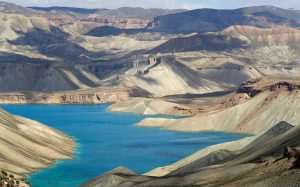 This UNESCO Heritage Site, built in the late 12th century by the Ghurid dynasty, is the only monument that remained from the lost city of the Turquoise Mountain, one of the greatest civilisations of the Middle Ages. The mosque that it used to be attached to was washed away during the flood in the 13th century.

Its intactness is not the only striking thing about this minaret. Extending 62 metres into the air, it’s the loftiest brick minaret in the world. Its surface is beautifully carved with Koranic inscriptions in various colours. 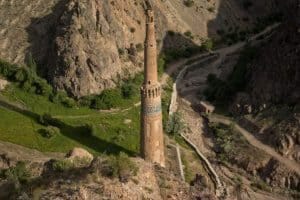 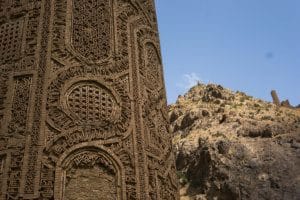 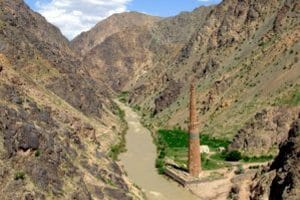 Herat is the third largest city of Afghanistan, near the Iranian border. Long ago, it was the residence of Timurid dynasty. With a mix of Turk, Persian and Mongol cultural influence, it’s home to a great historical and architectural heritage. The must-visit sites here are: The Friday Mosque, decorated with splendid turquoise mosaics; the Herat Citadel; and the Mausoleum of Sufi Poets. 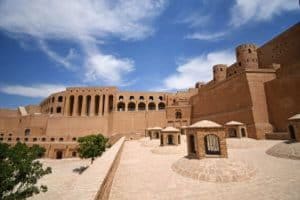 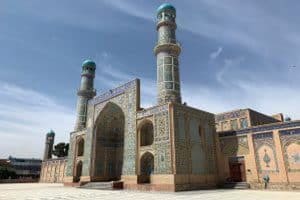 The valley is located in north-central Afghanistan, 150 kilometres north of Kabul, surrounded by the Hindu Kush mountain range and divided by the Panjshir River.

Panjshir Valley has it all for a unique experience of Afghanistan. Not only has it become an emerging industrial center after construction of multiple hydroelectric dams and emerald mining facilities. Visitors are rather attracted by the unmatched beauty of its nature – vast green fields and serpentine rivers, all among snow-capped mountain peaks. 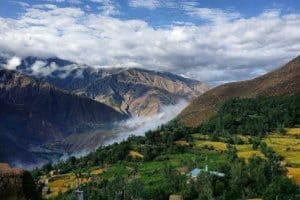 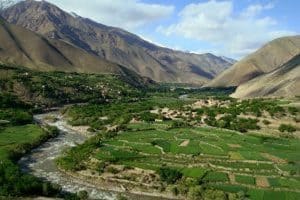 Another gem hidden between the Hindu Kush mountains. Even though it’s the capital and the largest city of Badakhshan Province, it has preserved its rural and peaceful atmosphere. Visiting Fayzabad will be an authentic experience of an Afghan town, with its settlements and farms, bustling bazaars and the most hospitable local people. 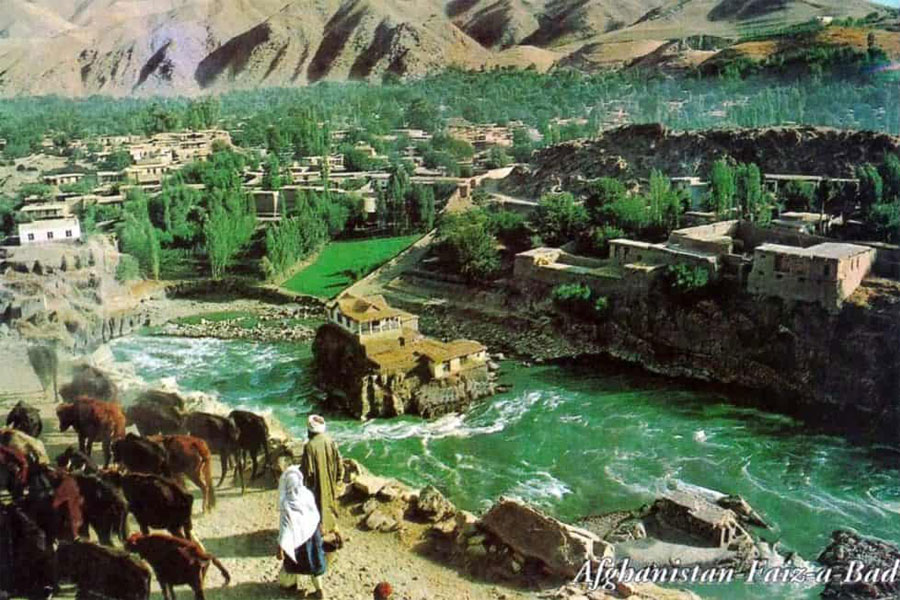 Balkh is a town in the Balkh Province of Afghanistan, near the border of Uzbekistan. During its long history, the area has been a centre of Buddhism, and Zoroastrianism and Islam.

After the Islamic victory, Balkh witnessed the coming and going of several dynasties, and was further destroyed by Genghis Khan. In the 14th century it was re-established, and finally, taken over by Afghans in the 18th.

Balkh is home to some amazing sites of historic heritage. Among these are ruins of Greek settlements, mausoleum, a mosque and Buddhist shrines. The latter is probably the most striking: the Buddhist stupa Takhte-Rostam was built underground, reaching 8 metres in depth. 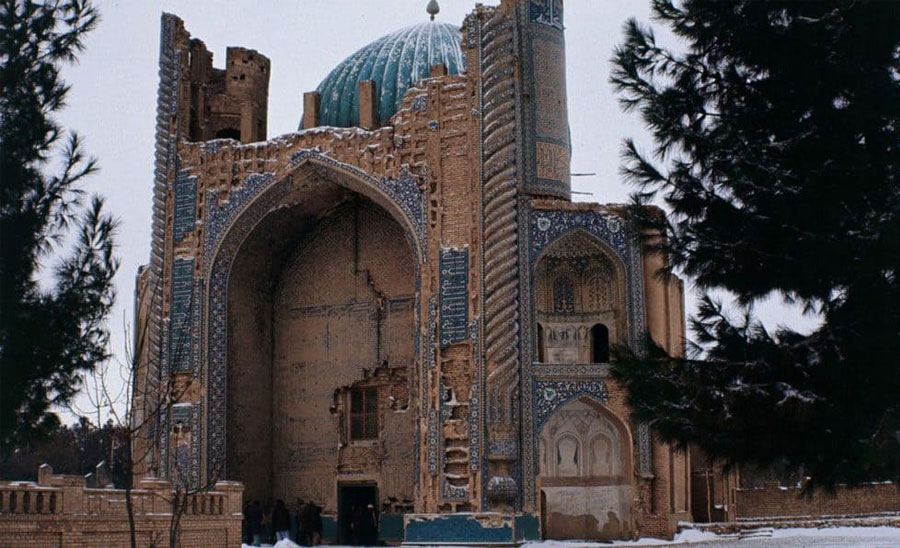 A significant archaeological site in Afghanistan is located in Samangan. Originated in the 4th – 5th centuries, the Takth i Rostam, like Bamyan, brings us back to the pre-Islamic times of history of Afghanistan.

Takht-i Rustam means “the throne of Rustam”, referring to the king in Persian mythology.

The site has preserved a stupa-monastery complex which is fully hewn out the mountain rock and used to be inhabited by Buddhists. The large complex consists of multiple chambers, caves, halls and a stupa. Some of the decorative elements have been preserved, such as lotus leaf ornaments on the sanctuary ceiling. 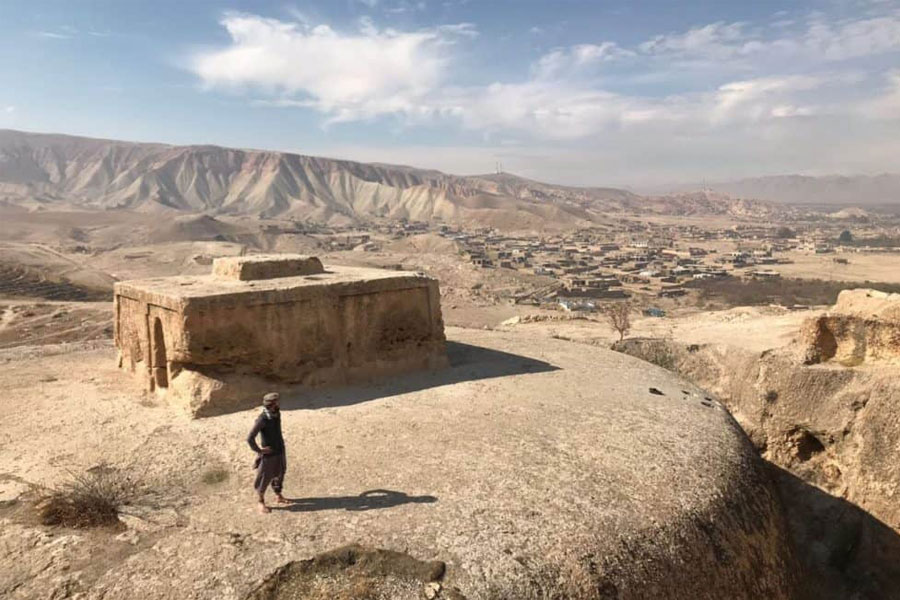