Where to find the best gelato in your city

Where to find the best gelato in your city

Whether you’re a fruity fan or prefer a creamy creation, there’s no doubt that gelato is a delicious summer (or any time of year) treat.

What most people don’t know is that gelato dates back thousands of years, and the concept of eating frozen desserts has spanned across the globe.The age-old delicacy’s earliest recordings are in 3000 B.C., when Asian cultures discovered eating crushed ice with flavourings. Then, 500 years later, it became a custom for Egyptian pharaohs to offer their guests a cup of ice sweetened with fruit juices. Some time later, the Italians joined in. The Romans began the ritual of eating ice from the Etna and Vesuvius volcanoes, and covering it with honey for flavouring.

However, the gelato we know and love today was truly born during the Italian Renaissance when alchemist Cosimo Ruggieri created the first gelato flavour fior di latte (flower of milk) at the court of the Medici family in Florence.

Although the home of the traditional gelato will always be Italy, these days gelato lovers can enjoy the desert all over the world! 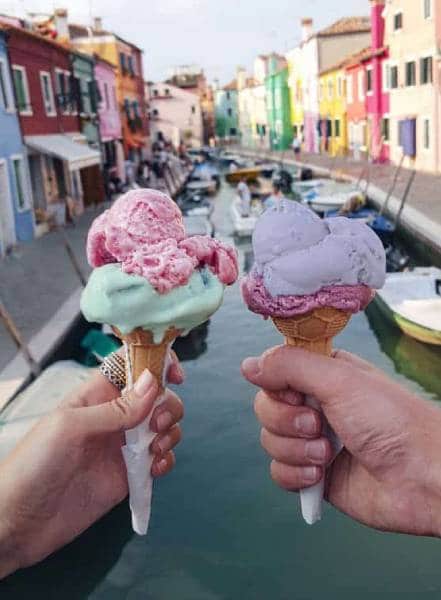 Check out our recommendations of where to get the best gelato in Australia this summer!

Sydney – Cow and the Moon